Work isn't as enjoyable as it should be but is our dissatisfaction with it primarily about the places and cultures in which we work or our reaction to them?

A survey was published a couple of years ago to coincide with ‘National Stress Awareness Day’. Conducted by Robertson Cooper, the consultancy co-founded by media friendly academic Cary Cooper, the report made some fairly modest and believable claims about the impacts of stress and levels of dissatisfaction with work. Especially if you compare them to the more startling findings of other surveys on the same subject such as those from the HSE and the mental health charity Mind, including the famously headline-grabbing figure which suggested that work related stress costs the UK no less than 10 per cent of its annual gross national product. If we were to be cynical, we might suggest that one of the the findings of the Robertson Cooper report – that nearly half of people had felt significantly stressed in the previous six months with a third of those claiming the stress was work related – simply begs the question why over 80 per cent of people seem to have it so cushy.

Whatever you make of the findings of the these reports and others like them, even cynics would have to acknowledge they tap into an unmistakable feeling that work is not as enjoyable as it should be. We maintain a particular fascination with stress. Look up the word stress on Amazon and you’ll be offered over 60,000 results including titles such as ‘Stress Proof Your Life’, ‘How to do More Work in Less Time’, ‘Beyond Anger’ and even – refreshingly –  ‘Stress in the Workplace and How to Cause it’. 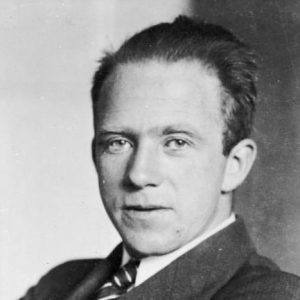 Our awareness of stress appears to be directly related to its incidence. The more we talk about it, the more stressed we get. One of the ways we might explain this is by borrowing an idea from the world of quantum mechanics. A commonly held interpretation of Werner Heisenberg’s (see photo above) famous Uncertainty Principle is that ‘the act of observation changes the nature of the object being observed’.

In terms of stress, this means that the more you ask people whether they feel stressed and the more you talk about it as an issue, the more stressed they claim they are. This is more than mere attention seeking behaviour. Nor should we fall into the trap of generalising based on the minority of people who take advantage of an indefinable and largely self-determined condition to get time off work. In most cases, I would argue, we are tapping into a well of general unhappiness about work. I once heard this referred to as the ‘medicalisation of dissatisfaction’ and I think that sums it up well. The instinct then becomes to try to manage the issue, and that can bring its own problems if managers make the wrong decisions, which they often do. As this clip from the film Jabberwocky illustrates, intervening in a chaotic situation may see things escalate rather than improve.

This is a complex issue not least because of the subjective component of stress, the willingness of doctors to allow people to self-diagnose, and the idea that what we used to call ‘pressure’ may now often be redefined as ‘stress’, especially if we are asked what is making us unhappy at work. If so, this does us all a disservice, not least those people who are genuinely stressed and have no control over their situation.

One of the outcomes of this shifting of definitions is the attempt by organisations to manage stress in the workplace in the wrong way. Some of the solutions they try may be too superficial to have an impact. Certainly I don’t think that anybody who is badly stressed will be affected in a meaningful way by the colours of the walls. Other attempts to resolve the problem may be entirely unproductive if employees are stressed because of external pressures at home or if they are failing to address their own reactions to what may be normal work pressures. And, as a slightly and ironically distorted interpretation of the Heisenberg Uncertainty Principle teaches us, sometimes when you try to measure things, you change what it is you are trying to measure.