The emerging role of the city as a workplace for everybody

The 2014 Workplace Strategy Summit organized by IFMA evolved around questions of how to adjust our strategies to better serve our businesses and communities for a second time. Innovation is a key word in this context. Leading researchers and business people speak at this event to convey notions about change as needed and research to address it. In formal sciences,a good practice is to define the ‘universe of discourse’ of fields of research at an early stage. In our case: what defines the ‘world of workplace’?.

When we talk about ‘workplace’ today,we very often seem to ‘context’ the term as placed within a building and we often review its performance in view of the requirements of the owner of that building (either owned or leased).

But buildings are effectively nodes of those grids that we call cities.And cities are transforming and innovating at an accelerating pace,their innovation projects often funded by governments. Over the past two years a small group of people at IFMA has been working

intensely and in detail on the subject of cities and their influence on the trades of housing and FM services, addressing the definition of that ‘universe of discourse’ for facilities management and workplace .

We strongly believe that the definition of ‘workplace’ will embrace the larger urban design patterns with all the resources they will provide for individuals and organizations to thrive. In fact,we believe that cities form the universe of discourse for workplaces.

We try to design workplaces around people. Nowadays cities are being designed around citizens. Cities have flourished in the 20th and 21st centuries. In 1900 there were only 200 million people living in urban locations (1/8th of the world population) and in 2014 the numbers have increased to 3.5 billion growing to 6.5 billion by 2050. “The urban expansion is the biggest building boom humanity will every undertake” said Anthony Townsend in Smart Cities where he stated examples such as India having to build the equivalent of a New Chicago every year to keep pace with housing needs; and China with plans to build twenty new cities each year through 2030.

It is not just the growth of new cities around the world that also captures our attention,but the rise in importance of the ‘metropolitan revolution’; with older cities being reborn. In the US,“metropolitan areas produced some 84% of the nation’s exports,including 90% of service exports” in 2010.

All over the world these patterns are alike. In fact,one can view cities as grids of economic activity,the thing we tend to address as ‘work’.

In his address to the audience of the Amsterdam Smart City Event (May 2014) ,Kit Malthouse (the deputy major of London for Business and Enterprise) noted that ‘place’ is an important aspect of cities. Like the professional circles in workplace design,officials in public administration also identify and understate the extraordinary value of in-person encounters.

Cities are the hot beds of innovation and are luring the creative class to come together to learn,work and live in these exciting communities of individuals from all over the globe brought together to produce some of the most exciting products and services imaginable. In fact, city administrations are planning and designing plans to attract

speci c economic activities that on the one hand fit to the city makings and on the other hand will provide the foundation for their cities to thrive.

Innovation of the urban environment is fueled by what we for now label as the ‘urban nexus of forces’, partly explaining why it takes place.

With increases in footprint, cities are being confronted with typical ‘problems’ to solve.

These are all requirements that workplace professionals are concerned with as well.‘Smart City’ projects are addressing new ways to provide this, intimately engaging technology to achieve that but also defining new structures of collaboration and sharing resources instead of owning them. Workplace represents a significant category in any city. Perhaps it is time to ‘hop on’ to the bus. W&P

Erik Jaspers has held various senior positions, in IT Project Management and Information Management for multi-national companies including ATOS (Origin) and Philips. For the last twelve years, he has been working for Planon Software, the leading European CAFM/IWMS software vendor. He now heads up Planon’s innovation policy as well as the management of the Product & Solution Roadmaps – focusing on translating market developments/ requirements into leading solutions for Facility Management.
Linkedin: nl.linkedin.com/pub/erik-jaspers/0/b30/189
Website: http://planonsoftware.com/uk

Editor’s footnote: What will also be interesting to observe is how the colonisation of cities as workplaces will impact of ce design and facilities management. We already seem to be seeing a degree of ‘reverse engineering’ in this regard.

…Today, developments in information technology provide almost ubiquitous availability of information and ability to put that information to use at any time or in any circumstance… 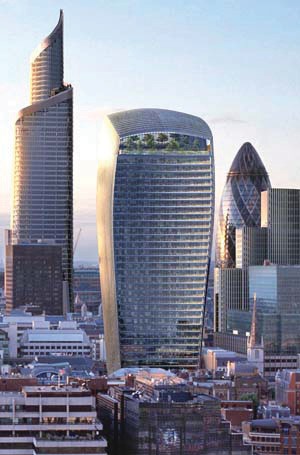 The modern workplace as an immersive experience

The metamorphosis of the Polish workplace

Never Going Back: How Covid-19 changed work for good