Laurie Aznavoorian
Reprinted (with permission) from Futures Rambling #110
May 2020 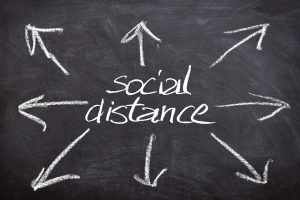 I caught up with an old friend, as you do when you’re housebound reminiscing about the days when you could grab a chicken laksa at Jimmy’s or share a beer after work. He mentioned former colleagues of his were on the verge of moving into a new office just as Covid-19 hit and wondered aloud whether the design would still be relevant. He asked what I thought.

Another old friend called and wanted to know the same, followed by a colleague in London and then a client – all imploring, what does it mean, where to next? Having the privilege of talking with many company leaders about what keeps them up at night, they felt I might have some enlightened viewpoint.

But truth be told I wasn’t even savvy enough to ask the company I did a workplace strategy for in January to consider pandemic. It seems an egregious oversight now, and even Mr. Stable Genius in America saying “who’d of known a pandemic was in the midst”  doesn’t make me feel better.

The experience has caused a lot of us to consider what’s next. In this post, I share my views with the warning that they are coloured with a shit brown crayon. A cynical posture developed from consuming more world news and political podcasts than is healthy, and while it would be right to argue judging society and what may happen next by the shortcomings of world leaders and the other yahoos who make the headlines, it never the less has significant bearing on my outlook.

With that caveat, here goes:

History tells us there will be pandemics that can and will disrupt lives. Despite the earnest dedication some practice in following restrictions, as soon as we get the chance, we’ll revert to what we were before. Especially if the behaviour satisfies a real or psychological need lying dormant under our compliant facades. We need our Super to recover, Kardashians need nose jobs and bogans must have new tattoos! You want proof, the governor of the U.S. state of Georgia has opened for business despite experts’ warnings, and people in that state are already queuing up to get haircuts and fake fingernails.

Putting a more positive spin on this, Aristotle eloquently noted in 385 BC.

“Man is by nature a social animal; an individual who is unsocial naturally and not accidentally is either beneath our notice or more than human. Society is something that precedes the individual. Anyone who either cannot lead the common life or is so self-sufficient as not to need to, and therefore does not partake of society, is either a beast or a god.”

We are neither beast nor god, we haven’t changed in +/- 2400 years and we aren’t going to change now. In fact, since the 1950s there has been a steady increase in migration to cities that is expected to continue,

People like to be by other people, amenity, culture and possibilities that come from living in a dense environment. Going to work every day provides much of the same.

Reflecting on sage advice another philosopher named Dolores once gave me, “Honey, be careful what you wish for.” She said that after she said, “Clean your room or you’re grounded.”

Before Covid people wished they didn’t have to go into the office, now that the realities of working from home are apparent – partners passing wind with abandon, kids no longer cute and the cat proving to be a poor conversationalist – many have changed their tunes.

Genies don’t go back in bottles

Through this process we’ve been exposed to technology that has changed the way we communicate. Looking to history again, we’re not known for giving up shiny things that intrigue us even when they’re untested or fail to serve us well e.g. the atomic bomb and gene editing.

We’re now a population of Zoomers, experts in lighting and stage setting, possessing great proficiency in muting when necessary; we will never give up the tools we’ve discovered. Never

But that does not mean we won’t want to occasionally sit in a room with others again and we will want to be closer than 1.6 meters apart too. The technology will become another tool that enhances experience over distance.

If we’re wise, these experiences could herald an age of greater inclusion; it’s been a veritable watchword for the past decade tossed around loosely with little conviction, but perhaps now we can be truly inclusive by employing  people who can’t come to an office like those with disabilities, neuro diversity or a preference to live in places without a good coffee shop.

The past weeks proved many jobs can be done out of the office with the right technology; the challenge we’ll now face is whether micromanaging bosses will insist their underlings return to the office to sit under their noses the way they did pre-Covid. It’s not a point to be tossed aside lightly:  don’t underestimate the power that comes from making others treat you as a demigod, especially when they’ve been left with only the ability to endlessly pontificate about how many VC’s they’ve attended to make them feel important; they’re itching to get back to being kowtowed to.

A license for further inequity?

One of the maladies of our times is the inequity and polarisation that’s metastasised through society. Sadly this pandemic has only exacerbated that. We forget how privileged we are to work from home while nurses, EMTs, firemen, and the check-out girl at Woolworths have no choice. Their only choice is to eat or risk getting sick.

Will Covid become another divisive issue that drives a wedge between haves and have nots? You say no, we would never! But this pandemic has proved some people are real shits. Seriously, having to fine people $5000 in New South Wales for spitting and coughing on public officials, yelling at checkout clerks because there’s no toilet paper, and harassing nurses at the petrol pumps!

That sounded bad till I read about the Republican-controlled state legislature in Wisconsin that thinks it’s okay to force voters to stand in the cold, exposed to Covid to be handed a ballot from a senior citizen volunteer rather than allow a vote by mail. What’s more, in America they don’t even get a sausage as they queue.

It is these behaviours that bring out the shit brown crayon.

People ponder, will Covid signal the end of co-working? No, it is merely an opportunity for further specialisation, which is already prevalent in the industry. There are co-working spaces for women only, veterans and start up entrepreneurs; why not push this further and further differentiate?

Once we develop tests for antibodies and can track people using the CovidSafe app, co-working companies will be free to cater to haves and have nots (in this case, antibodies). Clubs can open for those who want to get infected because they believe herd immunity is a good thing, somewhat of a resurgence of Chicken Pox parties that were all the rage before a vaccine was developed in 1995.

At their 1:6 seating ratios WeWork sites would suit this perfectly and they can save money by forgetting Purell dispensers that others will be forced to install.  They can also forget putting bollards out front to keep the protesters at bay who are sick of the haves getting everything. If a centre or two is blown up it’s just herd mentality on steroids.

For WeWork it will be a resurrection. Like a Phoenix emerging from the flames de-stressed bonds will be forgiven, defaulted interest payments and talks of bankruptcy a distant memory. Neumann will emerge from the smoke, climb into his Gulfstream G650 and party again like it’s 1999. 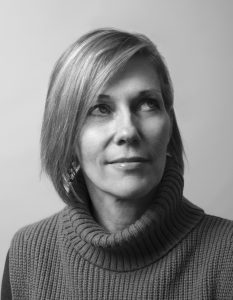 Laurie Aznavoorian is a Senior Practice Director at BVN Architecture in Sydney Australia. She’s a thinker and provocateur with extensive experience in architecture, workplace design, and strategy.  She has worked extensively across Australia, Asia, New Zealand, Europe, and the United States developing innovative approaches to buildings and workplaces that help clients transform by aligning the environment to the company’s business, brand, and cultural objectives, and preparing them for disruptive changes in their industry. She is a prolific writer and speaker covering topics relating to contemporary work styles, social trends, community attitudes, and the ever-changing global economic context in its relation to workplace.

Laurie has published well over one hundred thought pieces on the future of work and the workplace via her own Futures Rambling newsletter.

New Work&Place article about how innovation can go awry

Whenever I hear the future of work, I reach for my pistol

Important Webinar on The Future of Work