The metamorphosis of the Polish workplace

Political transition in Poland,which was initiated by “Solidarność” (led by Lech Wałęsa),caused the collapse of the block of socialist countries (USSR,Czechoslovakia) and began to build a free market economy.This resulted in an unusually high level of unemployment in Poland.That is where the story really begins….[1].

Every area of life started to change. New economic, political and social structures were created.The style of life and work was changing rapidly.All of the aforementioned transformations had a direct impact on the “Polish workplace”, increasingly showing its importance,its role not only in the government but more often in the emerging businesses in Poland.

The rapid pace of change was also characteristic of work environments and the architecture of office buildings.The lifting of numerous COCOM restrictions accelerated the computerization and increased work efficiency. Since that moment the “Polish workplace” started the pursuit of Western work standards.

The typical picture of the office and the nature of work began to recede further and further from the well-known scheme of clerical work in the office,which can be briefly described as follows – “coming to work,having a coffee,chatting with colleagues,opening several documents and going home.” After these economic changes this type of behavior was systematically disappearing – “office work was no longer imitative in its nature but more creative and involving decision-making processes on the part of the clerk. Gathering and processing data became the basis for the decision making and predictions that had an impact on the direction of economic and social development at the micro and macro scale.”

The scale of transformational changes can be best indicated by the number of enterprises founded after 1990 (around 3 million).Some of them went bankrupt very quickly,but others are still functioning today.At that point,the development of the Polish economy resembled one seen in Western European countries 40 years earlier.The first companies offering comprehensive office solutions started to appear in Poland. Monotonous work in enterprises was more frequently performed by the computer – for example,instead of “hand drawing” architects started to use “AutoCAD” computer programs for the first time.

The first offices designed by Polish architects largely resembled the enclosed offices of the “cell” type,which were also the first types of offices in Western Europe at the

beginning of the twentieth century . One of the characteristic elements of this type of office was a large number of rooms arranged along long corridors.The rooms were designed primarily for managers and groups of employees (4-8 people).

Only large multinational corporations,which were increasingly establishing their offices in Poland,could afford to design offices at larger scale (projects were initially carried out mainly by foreign architectural studios). It was not until 10 years after the transitionperiod when Western office solutions began to be used in designing – permanent partition walls started to disappear thus creating a large open space instead ofa number of group rooms.

In other words,“enclosed offices” were increasingly being substituted by “open” ones.What is more,some interesting office design has found its way into the Polish workplace since, and CEOs became aware of the fact that the office cannot only fulfill its basic function,i.e. providing a place for employees to perform their duties,but it can also facilitate carrying out everyday tasks.

the first years after the transition a big challenge was what might be termed the “conquest” of office space (office buildings were fully leased a long time before their construction).After year 2000,modern design began to appear in office projects and Polish architectural studios worked for multinational corporations who had their offices in Poland.

However,after the great worldwide financial crisis of 2008, office space was no longer regarded merely as a place to perform your duties but also as a place which could facilitate it.In Warsaw, for example,companies engaged actively in office research and optimization

studies,taking into account the new and emerging needs of optimize their workspace. Despite this large expense incurred on research,many of the companies did not utilize the outcomes.This was due to the fact that very often the results did not fit the working style of their organization and the proposed schematic style of working was not adequate for them.

It is worth noting that the efficient use of rented office space is not a key issue for many Polish companies.What they do care about is improving working conditions,and thus increasing productivity and,consequently,revenues of the organization.

Workplace researchbecame a strong trend in the office market in Poland which,just dealing with working space research were more frequently choosing not to duplicate schemes that had already been developed in the West.A new trend towards increasing significance of qualitative like the new approach to the design of office space,came from the West. First “Western” organizations opened their branches in Poland,implementing solutions that had already been developed for other markets.

The same mechanism concerned workplace research.All that had been already developed in other countries was left unchanged and introducedin Poland. Not always the same scheme works on a different ground,though. For instance office solutions offered to a consulting firm established in London cannot be simply copied into the “similar” organization operating in Warsaw.

Indeed,many companies following the trend were ready to pay large sums of money for the research which was to research in the whole process of working space research could be observed Data collected via,amongst other things,online surveys was only considered the starting point for designing a new office, and not the endresult shown in the final brief whichpresented the proposed office solutions.The most important matter in the process of preparing a given companyfor the change ofits office space is the identification of the needs of which the company is already aware.But it also must try to consider the needs which it may be unaware of, as well as the needs which the future and the ever-changing market will bring.

It is here that the following important question arises; how to find and discover the needs which the organization responsible for commissioning the research does not yet know about?

It only shows how big a challenge learning the needs of the company can be,even if it is acquired via the means of only an online survey.

Neither the companies commissioning new office design nor the ones conducting office space research should reject quantitative research in the process of creating a new office.

One should,however,focus more on personalization and matching research methods to associated with a better use of space. However,for employees in Poland,open space is viewed as being like a ‘prison sentence’.

They may even prefer to stay in an old and sometimes cramped and inadequate office than to be shut “in a production hall”. Sometimes when managers learn that they will work

in the open space in their new office they will say; “It doesn’t concern me,I will change my job before moving into the new office,because I am not able to work in these conditions”.

That is why the process of change management is so important,requiring a gentle the company,not vice versa. It is easy just to type a company name into the previously developed scheme and give a ready-made solution,but is it not a shortcut.

Managers in Poland want the solutions developed not only to bring measurable financial benefits,but also for them not to disrupt the already developed organizational culture of the given company. Regarding such a significant change as the change of office,but foremost the change of the style of work,change management becomes an indispensable part of the process. In the past,this soft element was treated as additional,or sometimes as unnecessary. Change management itself is a rather fresh process in the minds of Polish entrepreneurs.

The benefits that the process of a change management brings made it become an increasingly important element in the implementation of new solutions. Companies appreciate not only preparing for the change,but also making all members of the organization fully aware of the process.

Very often when companies decide to change offices, the whole layout of their workplace is altered by the transformation process; for example,from a typical space with private offices for managers,to open space layout,which are associated with a better use of space. However,for employees in Poland,open space is viewed as being like a ‘prison sentence’.

They may even prefer to stay in an old and sometimes cramped and inadequate office than to be shut “in a production hall”.Sometimes when managers learn that they will work

in the open space in their new office they will say; “It doesn’t concern me,I will change my job before moving into the new office,because I am not able to work in these conditions”.

That is why the process of change management is so important,requiring a gentle introduction of workers to the new reality. In order to have something to offer to the companies seeking change,we need to identify their needs carefully.In addition to taking their offices away and locating all the employees in an open space layout,we need to offer solutions that will make working in the open space not only tolerable but effective.There are several support spaces to serve this purpose,namely; quiet rooms,brainstorm rooms, phone booths,restaurant,tea rooms,meeting places and informal meeting spaces.

All this sounds incredibly simple,but for a new space to work we need to know where and what additional areas to install. It is not difficult to apply all of these solutions and lose valuable space. It is important to suit the specific needs of specific departments andpeople working in them.

Creating new solutions and “making them to measure” is a time-consuming process. However, it is worth spending a little more time and resources in order for the idea to be implemented correctly rst time,without any major amendments.

Despite the reluctance of many Polish workers to the adoption of the open plan workplace, the latest trends in the research and design of o ces clearly shows that the Polish office market (especially the one in Warsaw) has largely caught up with the developed Western countries. So what will the future bring? It is predicted that o ce solutions like desk- sharing or home working will increasingly gain popularity in Polish offices,and working in the office will be supported by modern technology on a greater scale. W&P

Pawel Lenart is a business analyst at PKP Intercity in Warsaw, Poland. For the past few years he has been associated with the study and analysis of of ce space in Poland. He has worked as a workplace consultant for DEGW/AECOM Poland and for Workplace Solutions. At Workplace Solutions he was responsible for the analysis of data for the rst of ce research program in Poland, “Workplace Research”, which examined 30 of ces of leading companies in Poland. Mr. Lenart also worked as an editor at Harvard Business Review Poland.
Email: mark@workplaceinsight.net
Website: intercity.pl/en/
Twitter: https://pl.linkedin.com/pub/paweł-lenart/59/b70/a87/en

Editor’s footnote: Although it is possible to identify global workplace trends, it’s essential that we also understand how they are interpreted and work at a local level. as Pavel and Dominika have here.

…What Polish companies care about is improving working conditions, and thus increasing productivity and, consequently, revenues of the organization…

…Very often when companies decide to change offices, the whole layout of their workplace is altered by the transformation process…

…Despite the reluctance of many Polish workers to adopt the open plan workplace, the latest trends in the research and design of offices clearly shows that the Polish office market (especially the one in Warsaw) has largely caught up with the developed Western countries… 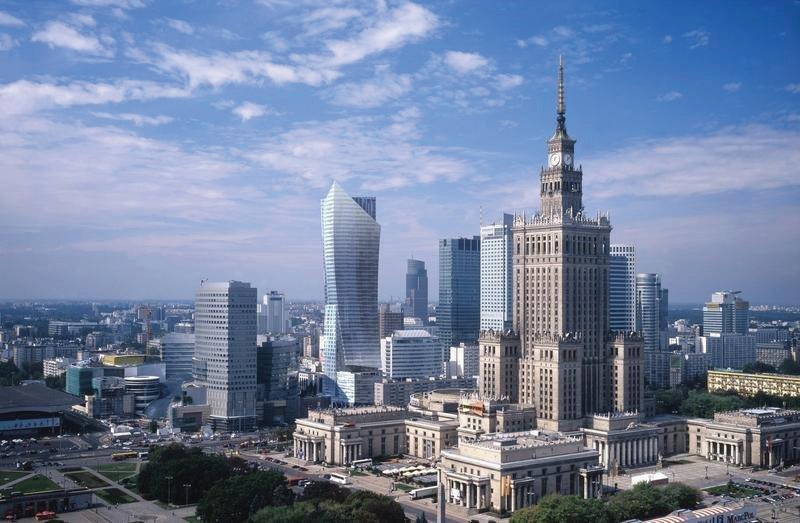 Warsaw, 2014, a very different place to the city two decades ago (following page) 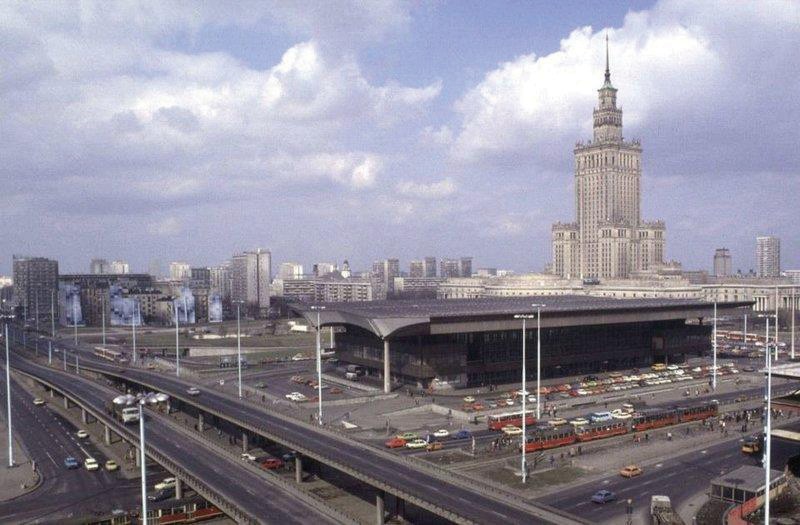 The emerging role of the city as a workplace for everybody

IFMA and its role in the development of urban FM